It’s NOT Lonely At The Top

October 31, 2020
There’s this really nice sounding saying in our society that “it’s lonely at the top” and it’s a load of horseshit. How do I know? Because anyone who says that hasn’t ever been to the fucking top. Do you really know what it means to be at the top? I sure as hell don’t and I’ve been trained in The Landmark Forum, Landmark’s entire curriculum for living, have interviewed pornstars on the radio, built 4 companies, built a project that was funded by a billionaire, and was able to make 6 figures while only working a few fucking hours a day and have a lifestyle where I can be anywhere in the god damn world and am still millions of light-years away from the top. There is no top. The top is an illusion. The moment you believe you’re at the top of the mountain, you’re stumbling down again. If you don’t get what I mean by that, sleep on it.

But in reality, you can’t know what it’s like to be “at the top.” However, losers LOVE to say this phrase. They adore and cherish this phase as it is some fucking sacred cow. Why? They get to bask and justify their own dissatisfaction and mediocrity in life. You don’t hear Buddhist monks talking about how fucking enlightened they are so therefore it’s lonely at the top. It’s a pity party conversation and it’s for losers.

The Three Stages Of Growth

Here’s how it goes when you start actually developing yourself. I’ve been through it first hand and know hundreds of others in my circles who have as well and it kind of goes like this. There are three stages. These stages are not to be confused with the five stages of culture in Tribal Leadership or the three stages of relationships within the context of David Deida’s work.

People will be all for what you’re up to. You’re going to do The Landmark Forum to develop yourself…..nice!!! Good on you….I hope it works for you!!! You’re going to clean up your diet and get your fitness straight…. sounds awesome!! People will cheer you on while underneath the surface be cynical and doubt you’ll actually make changes. The Landmark Forum sounds like you’ll get a lot out of it ….and then their thoughts are (sounds like some super scammy bullshit where they motivate you and tell you shit you could easily learn in a book and mostly common sense). Wow you’re going to clean up your diet (he’ll never stick to it but glad he’s trying)….you know, some cynical bullshit like that.

Now you actually start getting trained and developed and having actual shifts in the way reality occurs for you after doing Landmark’s Curriculum. You start getting complete in your relationships, start building community projects, stop making others wrong, have access to Self, you start eating clean, looking sexy, fucking more, feeling better about yourself and others. All the shit, literally. However, all those people who were rooting you on all of a sudden go MIA. You don’t hear from them anymore. They stop liking your sexy Instagram posts of your bangin’ new body and stop liking your Facebook posts of all the fucking amazing breakthroughs you’ve been having over the past 6 months since you finished your Forum, Advanced Course, and SELP. In fact, these same people start to cynically question your motives and start to look at you in a bad light. You’ve changed they will say….(whether they actually SAY it or it’s what being UNSAID). In reality, your way of being is a threat to them. You don’t fit into the box they put you in anymore. They will attempt to dominate you back in the box. We have all experienced it who have shared this experience. It’s just what happens. Your lifestyle and way of being is literally a fucking threat to their own existence. The world of possibility is always a threat to those committed to survival.

Once a few years go by and these massive shifts become the new reality (you know like when people wake up to the fact that 10 years later after your fucking Advanced Course with Landmark that maybe you aren’t on a one-week long motivational high….Jesus Fuck!)….these same people who were secretly or outwardly hostile towards you are now being very public about them associating with you. They’ll want to tag you in shit on social media. They’ll tell their friends how awesome you are or name drop you. People will randomly be wanting to catch up with you. However, these same people will privately say shit about you like there’s something wrong with you living your life as art….playing in fucking possibility. Your aliveness is literally a threat to their own reality.

These people are NOT your fucking friends. They were NEVER your friends. They were just people that happened to be around you. Real friends support you openly, authentically, and without condition regardless of what stage of your journey you’re in. 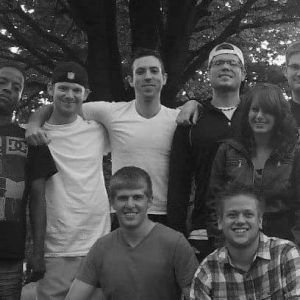 The Art Of Possibility

Those committed to the art of possibility, the art of living….are growing. You’re always fucking growing unfolding that underlying commitment. With that growth comes higher expectations from the people around you. (Sorry, just how it fucking is.) As you go through these stages your original group of peers will start to shift naturally. You don’t have to find your tribe, your tribe will fucking find you.
You can never TRUE FRIENDS…real connections at the level of your fucking soul. Those are the people who are pulled to your way of being and nourishing those connections only brings you more fulfillment and a better life both internally and externally.
So it’s not lonely at the top. It’s not lonely at Stages #1, #2, or #3 either.
0 0 votes
Article Rating
Personal Development
Tribal Leadership
Subscribe
0 Comments
Inline Feedbacks
View all comments