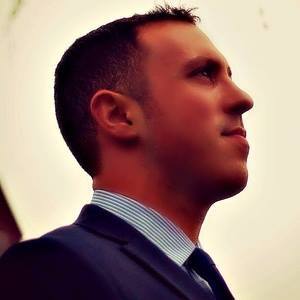 In this episode of the Intelligent Investing Podcast, Eric Schleien discusses Trupanion (TRUP).

The price of Trupanion (TRUP) stock has recently declined from the mid 30’s/share to the low 20’s/share. Trupanion has high short interest due to claims of overvaluation on a price to book level and due to claims that the business model is flawed and unsustainable. Even some longs are selling the stock. For example, Todd Wenning of Ensemble Capital shared in a recent blog post from his online publication Intrinsic Investing that he has grown concerned with Trupanion’s ability to communicate their value proposition to pet owners and that Trupanion has trailed the industry growth rate as defined by the North American Pet Health Insurance Association (NAPHIA), after years of outperformance.

In addition, Todd shares a few concerns on his blog:

There have also been concerns raised on Seeking Alpha that California raised their prices by 150% in California since 2015 with an additional 20% price-hike this year. He has concerns that this will lead to adverse selection which is a worst nightmare scenario for any insurer: healthy pets leaving due to higher prices while the sick pets stay leading to unsustainable losses.

However, there are some faulty assumptions here.

Yes, it’s true that Trupanion subscription growth only grew a bit over 15% compared to the industry’s 17% growth rate, but looking at this alone doesn’t tell the entire story. In reality, Trupanion is growing faster than the industry when you compare similar products in the marketplace. For example, there are lots of cheap products in the pet insurance marketplace that really aren’t comparable. In addition, some companies are underpricing during a period where the pet insurance category is gaining more awareness. We have seen this before.

Trupanion competitors from time to time will grow faster than the category due to mis-priced policies. For example, Nationwide grew pretty quickly and grabbed market share two years ago. However, they had to pull back after a year because they couldn’t price their product properly Another example is Healthy Paws. If we look at Healthy Paws, they have grown pretty quickly. However, if you look at their pricing, they’re able to get away with it because they keep switching underwriters and they keep rolling over new pets to new books of business. Healthy Paws recently had to change their product by introducing caps, changing their deductible structure to longer having zero deductibles. In addition, we see pricing increases of 30% on top of natural age based pricing factors. The fact that they are mis-priced has now become a problem for Healthy Paws. In Washington, they can’t even underwrite policies anymore.

California is getting a lot of attention for Trupanion. However, this concern is also totally unwarranted and blown completely out of proportion. Just like Trupanion, Healthy Paws also files in California and 34% of pets need more than a 50% pricing increase. That’s base rate increases + 15% = 65%. California, however, is capped at 50%.

The way you win your insurance category long-term is to price more accurately than your competition. Short-term this means you won’t always be growing faster due to the ebbing and flowing of the many other pet insurance competitors that underprice their policies. This has never been shown to be sustainable (obviously) and economic reality always settles in within a few years time. Trupanion is by far the best in the business when it comes to pricing policies accurately to get their 70% target as quickly as they can.

California is no different than what Trupanion has disclosed on their main book of business. Nothing would suggest that churn is different in California despite the massive pricing increases in recent years. One-third of Trupanion customers interact with the product in the first year. The company is processing 80,000 claims/month and the average claim is only a few hundred dollars. When rates increase, there is an increased churn of 20% across their entire book, California is no different. One of the biggest opportunities for Trupanion currently is their first year churn rate.

The business model is not broken. None of this should be news. The panic ensues by those who can’t see the context behind the numbers. However, I’m happy to have the shorts keep shorting. Recently, the borrow rate on shares has climbed to nearly 10% meaning that through Interactive Brokers, myself and my investors through Granite State Capital Management are getting ~5% interest on our shares.

Disclosure: Granite State Capital Management manages SMA’s with positions Trupanion (TRUP). However, this could change at anytime without prior notice. This is not a buy or sell recommendation. I wrote this article myself, and I am expressing my own opinions. I am not receiving compensation for this post.

If you’d like to connect with me directly, I always love connecting with listeners of the Intelligent Investing Podcast on my personal Twitter. 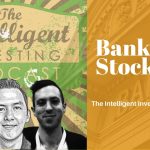 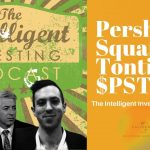